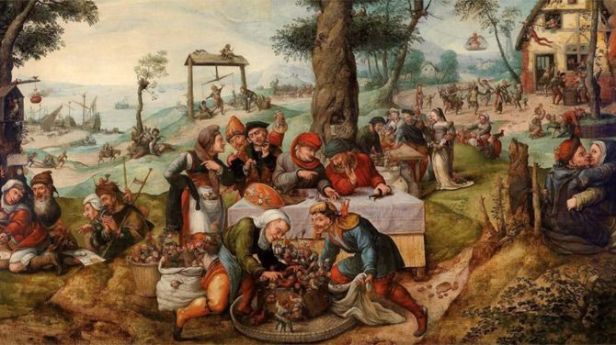 In a column published in French national daily Le Monde, a number of personalities, including philosopher Sylviane Agacinski, ecologist activist and MEP José Bové, and obstetrician René Frydman, expressed their opposition to surrogacy, which according to them has become a symbol of the ultraliberal excesses of medical practice.

Today people are rising up to denounce violence against women and track down gender stereotypes, and the claim to gender equality has taken centre stage: now should be the time to mobilise public opinion and the media about the use made of women’s bodies in the reproductive industry.

Instead, we see a strange complacency toward what is incorrectly called a technology, when surrogacy is in reality a social practice consisting in hiring a woman’s life, night and day, during nine months.

The agreement whereby a woman commits to being impregnated (through artificial insemination or embryo transfer) and to delivering a child that she will hand over at birth to the “intended” parents in exchange for payment is often presented as altruistic. Everybody knows however that surrogacy is part and parcel of a globalised and ever-expanding reproductive market which includes, like in California, the trade of sperm and eggs. Wherever it exists, this market is a new form of appropriation of women’s bodies.

Legislative decisions in this field, whether national and international, are of great importance, faced with the pressure of those who have financial interests in the business – clinics, doctors, lawyers, surrogacy agencies – as well as those whose interest is more subjective, the men and women that agencies call their “clients” and who want a child at any cost.

The object of such trade is not only the surrogate’s pregnancy and delivery, it is also the baby itself, whose being and maternal filiation will be surrendered to the commissioning parents.

Such commercial transaction (and it is always a commercial transaction, even if the payment is presented as “compensation”) is in its very principle contrary to human rights and is akin to a form of corruption, as it gives a market value to the child and to the organic life of the surrogate mother. Both child and surrogate mother are indeed individuals and as such possessors of rights, and in law there is a crucial difference between individuals and goods. Moreover, since slavery was abolished, it has been illegal to exercise the attributes of property rights over another human being.

This is the reason why, regarding adoption, the Convention of The Hague bans all arrangements that would organize in advance the child’s abandonment by his birth mother and all payments by the adoptive parents in exchange for the child.

But surrogacy involves precisely such a preliminary arrangement: the parties agree in advance on the price of the “service” provided by the mother, and therefore on the price of the unborn child. And the woman who gives birth is undeniably the biological mother, even when she does not give the child her genes, because an embryo has no chance of becoming a child without the female body that makes its slow biological development possible.

Surrogacy is therefore a way of falsifying the child’s maternal filiation by substituting the “intended” mother for the birth mother. Some demand that France transcribe verbatim the certificates made abroad following births by surrogacy, because they know that the transcription would legitimise surrogacy and would immediately call into question our laws. However, in spite of the lies that are recurrently heard, these children fortunately have documents, for instance American passports, or passports delivered by other countries, and if one of their parents is French, they are given a citizenship certificate. In its ruling dated 26 June 2014, the European Court of Human Rights actually acknowledged that the Mennesson family (who had their twins conceived by surrogacy in California in 2000) lived in France “in conditions comparable overall to the conditions of other families”.

It is argued by some that women acting as surrogates “consent”, freely and with full knowledge of the facts, to their own alienation and commodification. Perhaps, but the economic inequality between the surrogate and her clients suffices to account for such consent. Most importantly, in societies where laws protect fundamental human rights, individuals are not entitled to enter into contracts which are contrary to those rights. This is why, in France, no one can legally consent to sell one of their kidneys or commit to becoming someone else’s slave.

In this affair, which has been debated in France for almost thirty years, it is crucial to understand that the wish to reproduce is in itself an effect of medical offer, with medical practice forgetting the imperative not to cause any harm and collaborating with the human body market in the name of the freedom of contracts. In some countries, medical doctors find nothing wrong in grafting onto their patients kidneys bought from living donors, or extorted from underprivileged populations, such as refugees, by traffickers.

The medical profession should concern itself with whether or not it wants to sacrifice medical ethics to a neo-liberal ideology that tends to reduce the individual to a biological resource, freely available on the market. Let us not forget that in the past eminent doctors collaborated with even more dangerous ideologies, and that bioethics was born in the aftermath of the Nuremberg trials.

The lawmaker’s responsibility is therefore immense, as respect for the individual’s rights and body is one of the main criteria for defining a civilized society.

Should governments give up on the protection of individuals and abandon them to the law of the market? Should children be considered as commodities whose price fluctuates according to supply and demand?

This is about deciding what society we want to live in and having the courage to resist the “total market”, as is still the case in most European countries. It would be to our honour to work with others towards the universal abolition of a practice which in the world today affects the most vulnerable of women.